In celebration of International Women’s Day, two feminist science fiction and fantasy books by female authors that impacted me as a child and still resonate with me today. These writers were trailblazers, writing self-sufficient and strong female protagonists in a genre that was and still is heavily male-dominated. Add them to your to-read list! 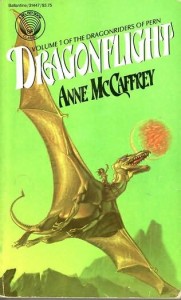 HOW CAN ONE GIRL SAVE AN ENTIRE WORLD?

To the nobles who live in Benden Weyr, Lessa is nothing but a ragged kitchen girl. For most of her life she has survived by serving those who betrayed her father and took over his lands. Now the time has come for Lessa to shed her disguise—and take back her stolen birthright.

But everything changes when she meets a queen dragon. The bond they share will be deep and last forever. It will protect them when, for the first time in centuries, Lessa’s world is threatened by Thread, an evil substance that falls like rain and destroys everything it touches. Dragons and their Riders once protected the planet from Thread, but there are very few of them left these days. Now brave Lessa must risk her life, and the life of her beloved dragon, to save her beautiful world. 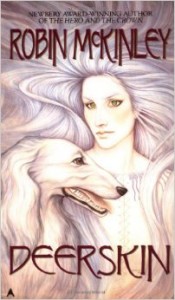 Princess Lissla Lissar is the only child of the king and his queen, who was the most beautiful woman in seven kingdoms. Everyone loved the splendid king and his matchless queen so much that no one had any attention to spare for the princess, who grew up in seclusion, listening to the tales her nursemaid told about her magnificent parents.

But the queen takes ill of a mysterious wasting disease and on her deathbed extracts a strange promise from her husband: “I want you to promise me . . . you will only marry someone as beautiful as I was.”

The king is crazy with grief at her loss, and slow to regain both his wits and his strength. But on Lissar’s seventeenth birthday, two years after the queen’s death, there is a grand ball, and everyone present looks at the princess in astonishment and whispers to their neighbors, How like her mother she is!

On the day after the ball, the king announces that he is to marry again—and that his bride is the princess Lissla Lissar, his own daughter.

Lissar, physically broken, half mad, and terrified, flees her father’s lust with her one loyal friend, her sighthound, Ash. It is the beginning of winter as they journey into the mountains—and on the night when it begins to snow, they find a tiny, deserted cabin with the makings of a fire ready-laid in the hearth.

Thus begins Lissar’s long, profound, and demanding journey away from treachery and pain and horror, to trust and love and healing.