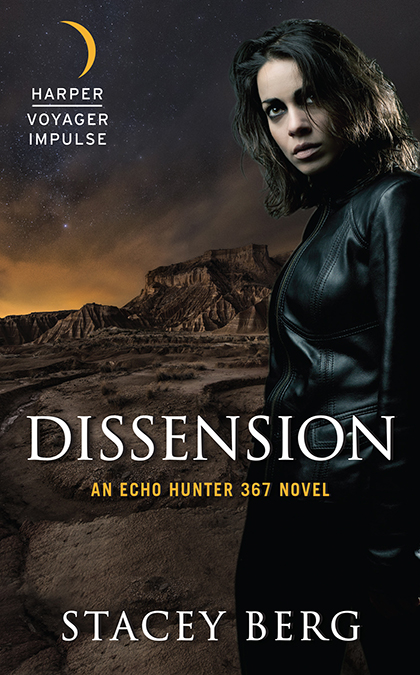 I love this cover for my client Stacey Berg’s first book in her dystopian dualogy! It’s a fantastic adventure with bold characters and thoughtful subplots and the cover captures the intensity of the main character, Echo.

For four hundred years, the Church has led the remnants of humanity as they struggle for survival in the last inhabited city. Echo Hunter 367 is exactly what the Church created her to be: loyal, obedient, lethal. A clone who shouldn’t care about anything but her duty. Who shouldn’t be able to.

When rebellious citizens challenge the Church’s authority, it is Echo’s duty to hunt them down before civil war can tumble the city back into the dark. But Echo hides a deadly secret: doubt. And when Echo’s mission leads her to Lia, a rebel leader who has a secret of her own, Echo is forced to face that doubt. For Lia holds the key to the city’s survival, and Echo must choose between the woman she loves and the purpose she was born to fulfill.